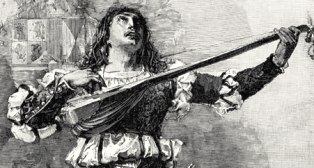 An encounter one winter long ago.

Django played in the tunnels beneath Bank Station.
He fashioned a twisted scale,
that drifted on the air.
And he made me think of Morocco,
and the sweet fragrant smell of Marrakech.

Django: all awkward and angular,
with a mop of thick blond hair.
Had large bony fingers,
that made me think of Christ’s,
bending round the cross.

Django hummed as he played.
More moan than tune.
It sounded raw and real, and how he could feel the music.
And he made me think of the Mississippi delta,
and the wide expanse of river rolling along.

Django spoke silently to me,
and I to him.
We acknowledged each other,
as familiar strangers do.
With a nod of our heads.

One Christmas.
He wore a velvet hat Trimmed with ermine fur,
and an Arabian cloak to keep out the cold.
And I though of Gold, Incense, Frankincense and myrrh.
And things like joy and goodwill to all like Django.

Django was the name,
sent telepathically to me.
And I thought of Django Reinhardt,
and his paralysed fingers,
and of those who are not as fortunate as he.

Django busked during the winter of 1984,
while miners struck and the GLC crumbled.
And the memory of him, brings into focus,
this current hard winter,
and how warm it is underground.

There are dances we
choose to forgo.
Below the circumference.
A bleeding limb.
Never ending now,
or ever shimmering.
In the minds eye.
Frozen in bright headlights.

I saw beasts burning alive
in the shadow of the night.
A thumb and finger pressing
on a candle flame.
The red and orange inside
my folks old burner.
Plied with used newspapers and wood.
Submerged beneath a carpet of coke.
Hard metal furnace, heating
the house on Laburnum Avenue.
Twenty four seven, three hundred
and sixty five days a year.
Regardless of the weather.
Inside those dancing flames,
sit memories stretching out decades.

The motivation.
The decision to say no.
The retrogressive irregularities,
bleeding into reality.
I feel the earth turning on its axis.
One more cycle of depravity.
Who said anything in life was easy.
Who really understands the symptoms.
We call the number and divulge.
Render into a sad-assed study,
your most personal of details.
And in the end all is forgotten.
Discarded because it doesn’t fit the brief.

Clear,
how we gaze.
Eyes held together with glue.
You,
are barefoot.
I am too.

The waiting.
Thats the worst.
Sitting around,
expecting a miracle.
Then nothing.
A hammer.
A nail.
A crumbling wall.
A door begging
to be opened.
The same four corners.
Her jackknife gaze.
A pause.
A cough.
A silence inhabiting
every particle of air.

Not empathetic.
Not honest.
Not brave.
Not remotely humane.
Nothing but an embarrassment.

It’s your birthday.
A big one, difficult to ignore.
You’re standing in the alley of life,
with a twenty stone monster approaching.

Remember the line from Performance.
Remember the sample in E=mc2.
Step forward and accept the embrace;
then pass on through.

It’s your birthday :
shh, I won’t say how old.
But it’s tall and it’s wide
and it’s difficult to ignore.

The dead they haunt us.
On every street corner.
Groups gather and watch,
the same old situations.
No way of warning they
look on in horror as their
mistakes repeat ad nauseam 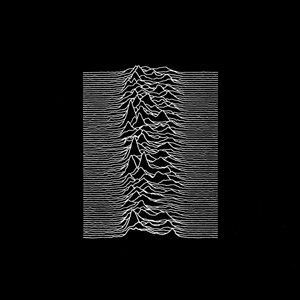 From Broken Down House

The radio plays
to the static man,
one of his old tunes.

His child wakes with a cry.
His wife waves for help.
His radio plays on and on.